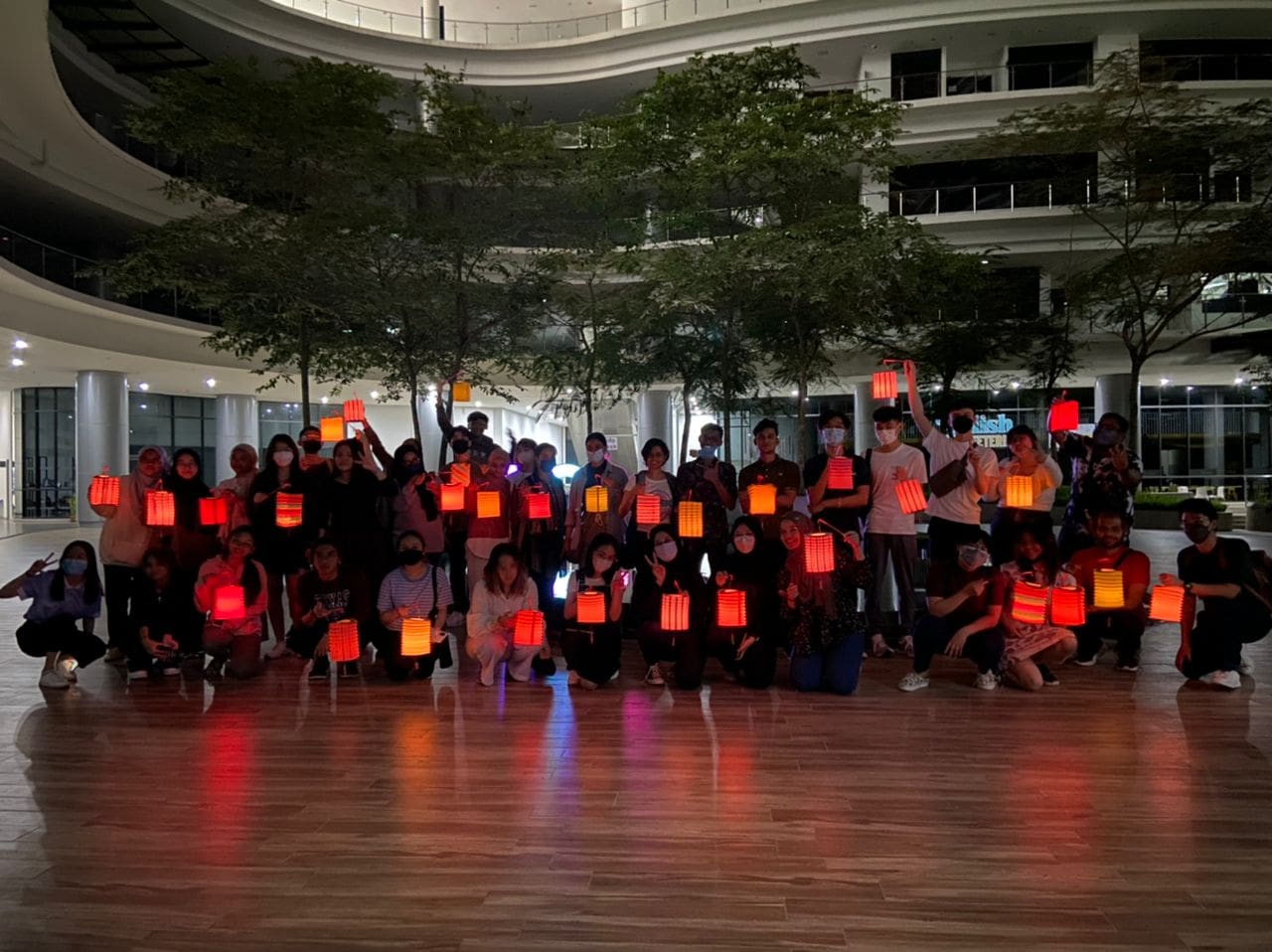 Cyberjaya, 20th October 2022 – It was a fun night of lanterns, games, and laughter at University of Cyberjaya as students of the Chinese Language Society (CLS) organised a Mid-Autumn Party on-campus with various activities such as lantern lighting, performances, and fun games. The event was organised to share some history on the Mid-Autumn Festival and how it is celebrated among the Chinese community. The event also featured a mini banquet featuring traditional moon cakes as well as trendy jelly moon cakes for participants to enjoy.

The Mid-Autumn Festival also known as the Mooncake Festival is a time that marks the end of the autumn harvest. This is also the time of the year that the moon is at its brightest. As the legend goes, Chang Er, the wife of a merciless king drank the elixir of immortality that he intended to drink to save the people from his ruthless leadership. She ascended to the moon upon her brave act and is worshipped as a Moon Goddess ever since.

Keeping up with tradition, the courtyard was filled excitement as students lit up lanterns as the night sky darkened. “The Chinese Language Society meticulously planned the mid-autumn festival over the span of 2 months. We wanted to make sure that participants enjoyed themselves, which is why we organised exciting activities while bringing awareness on the festival itself. The committee members had so much fun organising the event and are very pleased that the festival was a success,” said Activity Team Member Ayuni Baiduri binti Saufi, Year 2 Diploma in Psychology student.

“I decided to participate in this event as I’ve joined in various other CLS events that have been truly enjoyable. It seemed like a good chance to meet new people from different programmes. I particularly had a great time during the games session, as everyone was not shy to mingle with one another,” said Umaru Saalim Mohamed, Year 4 Bachelor’s in Physiotherapy student.