HomeFeatured Articles The world is drastically changing: Are we?

The world is drastically changing: Are we? 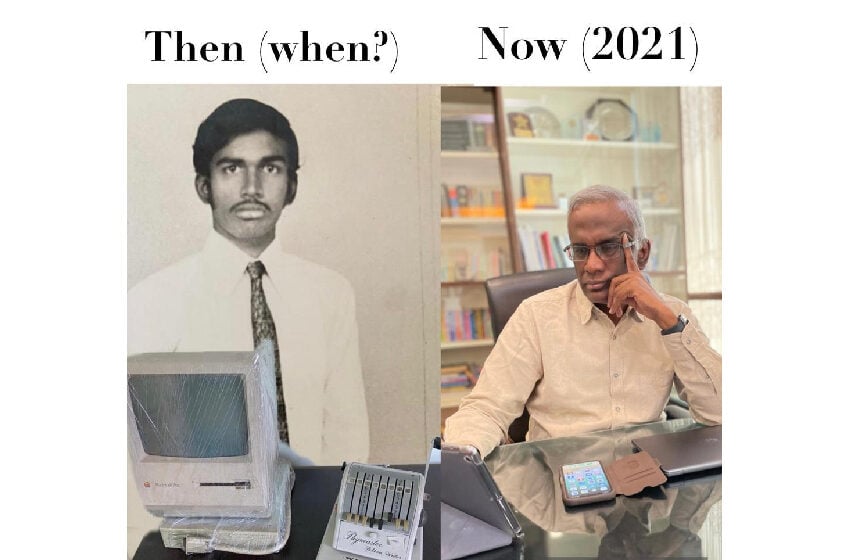 The world is drastically changing: Are we?

The level of suffering is incomprehensible. The last 18 months have been challenging times for the world. Covid 19 (reported data) has infected about 186 million people globally. About 4 million people have lost their lives. The stretched Health Services cannot take the pressure anymore.  About 40% of infections and deaths have taken place in just three countries, the United States, Brazil and India. Ironically, China, where the virus was first detected, was able to manage the outbreak with just about 91,989 infections and 4,636 deaths. The world of work, the way we live, travel, shop, and whatever else that we can imagine have changed beyond our comprehension. Change is here dramatically.

Are we ready to make drastic changes?

What began as a health crisis gravitated fast into an economic, social, and humanitarian crisis. Articles on massive job losses, wage cuts and notions of failed states have been written and read widely. There is anger, frustration, and worse still, depression when one looks at the videos, articles and social media posts. Everyone has an opinion on what the way forward should be. Amidst all of these issues, we have had major political rumblings and challenges with even one sitting President in the world’s leading democracy refusing to leave office with decorum having lost the elections without any doubt.

Magnanimity and Mindfulness are becoming scare words in a world that have been relying on mindless and unsustainable growth as the popular Tamil poet Kannadasan once remarked. Author Haemin Sunim calls for reflection. The mind has to look inwards for mindfulness rather than be swayed by the heavy winds of the world when the mind looks outwards. This requires discipline and courage.

Are we willing to pause and reflect?

The 2014 Conservation International Video Nature is Speaking, voiced by Julia Roberts, has been making waves on social media again during this crisis because of its thought-provoking message so apt for these times. Nature’s powerful reminders ‘How you choose to live each day, whether you regard or disregard me, doesn’t really matter to me. One way or the other, your actions will determine your fate, not mine’ and ‘I don’t really need people, but people need me’ prod us into thinking. Finally, Nature shakes us up with the question – ‘I am prepared to evolve. Are you?’

Are we ready to evolve?

I have never read this much other than in my academic days. The website goodreads.com has a diligent recording of every book read. There were many days when I felt mentally tired despite my efforts to keep myself busy with online meetings and webinars. However, reflecting on the past and taking away valuable learning points were powerful ways for me to stay sane.

Reflections help us to make the changes we need to make. I remember buying the first Apple Macintosh for a fancy price some 35-plus years ago. The graphics and the things it could do intrigued me. As a Management Training specialist, I found the Mac giving me a significant competitive advantage. The cheques writer to print bank cheques made our payments to our vendors look exquisite. Today, with online payments, the world of work has changed. The old tools are safely stored in my museum.  The internet was not around, neither was the mobile phone this prevalent nor the WhatsApp kind of features. Fast-forward to 2021 and one can sense the profound changes that have impacted each one of us.

I read philosophical books such as The Things You Can See Only When You Slow Down, Bezonomics and I am Malala. Each of the books describes in different ways the impact of change and how we can change, pause and reflect and evolve in a changed world.

It was interesting to read the business model of Amazon in Bezonomics. The strategic actions by Bezos in areas such as artificial intelligence, robotics and the emphasis on data analytics to plot the organisation’s growth made interesting reading although the way big organisations were intruding on our lives was scary. Yet, these actions clearly were the reasons for the organisation’s explosive success. Malala describes persistence and determination in the context of the worst possible adversity. The Things You Can See Only When You Slow Down puts forward simple concepts about being mindful.

No one knows what the world will be in the next few months and years. The uncertain and unpredictable future has left most people fearful of the future. The situation is so fluid that no one can answer questions with near certainty about what is going to happen next. Renowned developmental economist Hirshmann says not knowing the future should not hold you back. Hamlet was wrong, he says. Hamlet thought too much and did very little. The lessons seem to indicate while analysis is important, we just have to use the 80:20 Pareto Law and take action.

You are free to make a decision that makes sense; you just need the courage. The uncertain future frees us up to make important decisions in a scary world. In a sense, the very fluidity of the situation around us gives us the opportunity to play with several possibilities. As long as we identify the most promising ideas and take action, there is a strong potential for success.

Given the challenging times and the economic hardships caused due to the pandemic crisis, it was interesting to read about stakeholder capitalism. The need to include all stakeholders besides just shareholders is more important now than ever before.  The Universal Basic Income (UBI) makes sense. Many jobs have been being automated out of existence due to rapid automation. The pressure from left-leaning politicians to raise minimum wages makes more sense now. The idea of UBI seems a promising one to restore human dignity.

This is a programme where every adult citizen receives a fixed amount regularly to make up for lost jobs. The realisation that technology will disrupt and wreck the job market has resulted in a strong advocacy for UBI. In the current crisis, most sectors of the economy in most countries are continuously being locked down. This is to control the rate of infection. The idea of UBI is a drastic change from what we are used to. The welfare programmes that usually get crumbled under bureaucratic weight can then be replaced with a simple payment to all, irrespective of economic standing, resulting in a subsistence wage.

The world’s eight richest billionaires control as much wealth between them as the poorest 50% of the globe’s population. Experts are lobbying to rewrite the tax code in the US. The loss of jobs have been painful. Rapid automation and the lockdowns due to the shutting down of the economy have left many in deep hardship. The rich can be given tax credits for their initiatives. In the last post, we talked about the Gold Standard in Politics. And, now, to save humanity, we have a need for a new economic standard to stem the growing rise in inequality. After all, didn’t President John F Kennedy say, ‘If governments are unable to save the many who are poor, it cannot save the few who are rich’?

The annihilation of disadvantaged communities around the world is very disturbing. The Palestinian crisis, the Sri Lankan war, the Syrian tragedy and the numerous others around the globe make me sad. The recent death of Jesuit priest Stan Swamy in India due to detention intrigued me. How does an 85-year-old tribal community worker suffering from Parkinson pose a security threat? The fear of someone’s work to restore dignity in a community and the challenges it creates for vested interests lead to unfortunate situations.

This is a time to make drastic changes, pause and reflect and evolve.

Take action NOW in the face of uncertainty.