University of Cyberjaya Announces New Chairman of Board of Governors 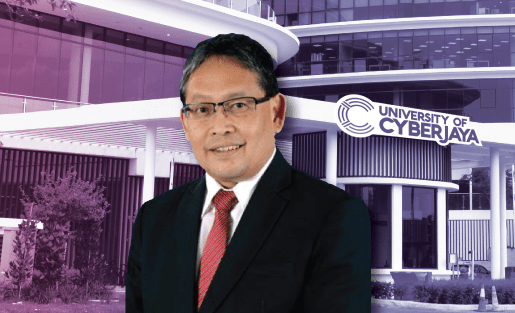 University of Cyberjaya Announces New Chairman of  Board of Governors

Cyberjaya, 14th May 2020 – The University of Cyberjaya has recently announced that Professor Tan Sri Dato’ Dr. Mohd Amin Jalaludin has been appointed as the Chairman of the University’s Board of Governors.

After completing his studies at the English College, Johor Bahru, he pursued his higher education in Bachelor of Medicine and Bachelor of Surgery at the University of Malaya from 1977 to 1982. He started his academic career as a lecturer in the field of Otorhinolaryngology on 1 September 1983. Between 1988 and 1990, he was sent to further his training at the Royal Infirmary Edinburgh, Scotland where he earned a Fellowship of the Royal College of Surgeons, Edinburgh in 1989. Tan Sri Dato’ Dr. Mohd Amin was a Research Fellow at Harvard Medical School in 1994 and also a Fellow of the Academy of Medicine in June 1996. In June 2012, he was admitted as Fellow of the Academy of Science, Malaysia.

As an academic, Mohd Amin has contributed extensively to research as well as the medical profession. His work includes researching the areas of otology (head and neck surgery), laryngology, and otorhinolaryngology. These and other works have been published in more than 70 journal papers and 36 conferences and seminars and other publications. He has also been actively involved in many professional medical committees and is currently the President of the Asian Federation Laryngectomee Association (AFLA), and Honorary Medical Advisor of the Spastic Children’s Association of Selangor and Federal Territory. He is also a Fellow of the Royal College of Surgeons Edinburgh, Scotland, and Fellow of the American Academy of Otolaryngology-Head and Neck Surgery, USA.

Vice Chancellor, YBhg. Prof. Dato’ Dr. Mohamad Abd Razak said: “We are honoured to have Tan Sri as the Chairman of the University’s Board of Governors. We are confident his vast experience and admirable accomplishments will bring steadfast growth for the University of Cyberjaya. We also look forward to working with him to bring the institution to greater heights amid this global anarchy.”

With his vast experience and admirable accomplishments, the University is most assured of a steadfast growth for the institution for years to come.